Artificial intelligence and its application in medicine 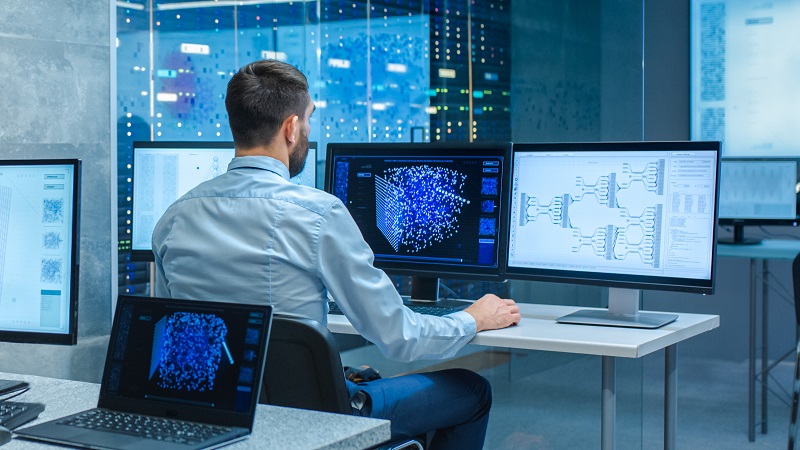 Artificial Intelligence is a branch of computer science that deals with the programming and design of both hardware and software systems that enable machines to perform tasks that require skills typically associated with human intelligence, such as, for example, visual, space, temporal and decisional perceptions.

The applications of Artificial Intelligence in today’s society are multiple and related to various fields: from industrial contexts to domestic ones.

We can find artificial intelligence algorithms in search engines, in Amazon’s recommendations and in SatNav browsers that surprisingly offer us content and solutions that are increasingly customized to our needs.

The home automation systems of the most modern houses also make use of it, managing for example to adjust the temperature or illumination, based on the recording of our habits or our voice.

But what is actually an algorithm?

An algorithm is a basic concept of computer science and refers to the sequence of elementary instructions that must be carried out by a program to solve a more complex problem.

We currently live in the era of algorithms, as a matter of fact, they are present in almost every electronic device of daily use such as mobile phones, computers, cars, video games. They are able to regulate and manage economic transactions as happens in banks, adjust the purchase and shipment of goods in warehouses and manage and organize many other commonly used activities.

We are literally immersed in a network of algorithms and if they were all to stop working abruptly it would be the end of the modern world as we know it.

The Machine Learning revolution, a specific branch of Artificial Intelligence, has overturned the logic of creating algorithms. If before a person had to write an algorithm to instruct the machine to perform a certain action, today Machine Learning turns everything upside down: we start from the data and the desired result and arrive at the algorithm. Learning algorithms, called “learners”, are algorithms that write other algorithms. With Machine Learning, you no longer have to write programs – we are teaching computers to write them themselves.

In recent years, the increasingly rapid technological development has also determined the multiplication of digital information from all over the world, generating enormous amounts of electronic data: the so-called Big Data.

In this context of exponential growth of digital information, medicine is one of the main protagonists: Big Data in healthcare are, indeed, increasing by a greater percentage than those of other sectors.

This is mainly due to the development of four important phenomena: the digitalization of diagnostic imaging, digital reporting, the development of biotechnologies used in the field of “Omics” Sciences and the explosion of the internet of medical things (IoMT).

Big Data, Artificial Intelligence and Machine Learning (ML) have made great strides in medicine and are sparking increasing interest.
Through Machine Learning techniques, computers are able to learn from this huge amount of health data, without having been explicitly programmed for this reason, generating predictive models useful for making decisions.

In particular, the application of a Machine Learning technique called “deep learning” has led some computer systems to show diagnostic accuracy almost comparable to that of doctors who are experts in various fields, such as the diagnosis of diabetic retinopathy and that of dermatological tumors.